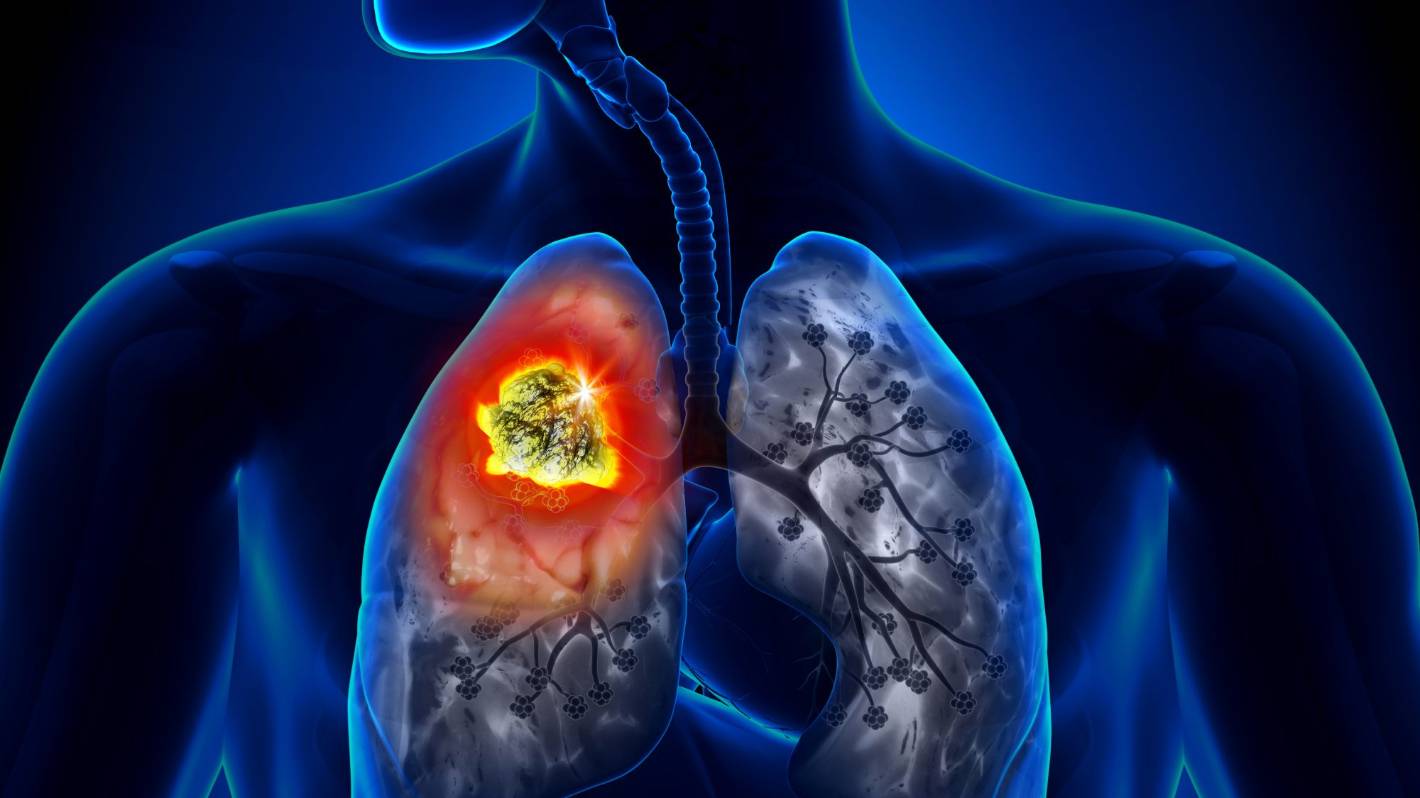 About 100 patients with stage 3 lung cancer could gain additional years of life thanks to a planned Pharmac “package” agreement with the pharmaceutical company Astra Zeneca.

It would be the third immunotherapy drug funded in New Zealand and the first for lung cancer, after two drugs – Keytruda and Opdivo – were funded for melanoma in 2016.

The announced package proposal was a “significant step forward for the ten percent of people with lung cancer who currently do not receive immunotherapies,” said George Laking, co-medical director of the Cancer Society and Hei Āhuru Mōwai, spokesperson for Māori Cancer Leadership Aotearoa.

But he wanted Pharmac to go further to reach around 1,200 people diagnosed with stage 4 lung cancer each year – who would also benefit from immunotherapy drugs, such as Keytruda.

The drugs have had high success rates in giving patients more years to live, and for one in five patients the disease has been brought under control for long-term remission, Laking said.

Under the proposed deal, more women with certain types of high-grade ovarian cancer would have access to Lynparza – a chemotherapy drug – as part of first-line treatment.

The drug is currently only funded for second-line treatment after surgery and chemotherapy.

About 250 women are diagnosed with ovarian cancer each year.

University of Otago associate professor of obstetrics and gynecology Peter Sykes said gynecologic cancer advocates have been pushing for funding for Lynparza as a first-line treatment for many years.

He welcomed the announcement but wanted to know how many patients who could benefit from the drug would get publicly funded access to it as a result of the deal.

The announcement of the drug bundle follows recent criticism from oncologists and a report by the Economist Intelligence Unit highlighting glaring inequalities in access to first-line treatments for lung cancer.

A damning interim report published by Pharmac Review on December 2 found that the agency’s drug purchasing strategy appeared to disadvantage Maori, Pasifikas, people with disabilities and people with rare diseases.

Lung cancer accounts for about 20 percent of all cancer-related deaths in New Zealand, with incidence and death rates up to four times higher for Maori and Pacific populations.

“Access to these drugs should translate into better health outcomes for those who need treatment,” said Chief Pharmacist Dr David Hughes.

“If approved, durvalumab would be a very effective treatment option for people with lung cancer, if it was diagnosed before the cancer has spread to other parts of the body, and l ‘olaparib would be funded earlier in the disease. “

Hughes acknowledged that these conditions disproportionately affect Maori and the peoples of the Pacific.

* Are you affected by this? Email cate.broughton@stuff.co.nz

“… as part of our consultation process, we are seeking feedback on how this proposal could benefit Maori and the peoples of the Pacific, and what could be done to improve the expected benefits of funding for these treatments.” . “

He said funding for durvalumab would “not limit our ability to do it.”

Lung Cancer Foundation Philip Hope said the announcement was “definitely a step in the right direction and would save lives among people with stage 3 NSCLC.

“Patients and caregivers across New Zealand with whom we come in contact are thrilled and encouraged by this news, some have asked why has it taken so long? “

The bundles have given Pharmac the ability to fund new treatments and make currently funded treatments accessible to more people, Hughes said.

“This is the Pharmac model in action: financing more drugs for more Kiwis, by negotiating good deals with our suppliers. “

Pharmac is seeking comments from healthcare professionals and patients on the proposed bundle by January 28, 2022.

The agency, which has a budget of more than $ 1 billion and funds around 1,000 drugs for 3.7 million people, is currently under review by an independent committee appointed by the government.